Query germplasm by phenotype across studies and locations. A 'wizard' style user interface allows the user to:

To facilitate choosing among the available traits, they are organized into a tree starting with major groups such as 'Abiotic stress', 'Agronomic', 'Biotic stress', etc.

Query results can be filtered by both location and study. Additional environmental conditions can be added to the query results to assist filtering. The filters can be applied in any order and the effects are cumulative.

217 environments were evaluated for grain moisture (Gmoi_NIRS_pct) , grain yield (GY_FW_kgPlot), and Asperillus flavus ear rot (AflavER_1_5). In this example, all locations are included and all locations are considered important.

In this example, the locations have been limited to those in Eastern and Southern Africa.

Filter and weight the query results by phenotypic parameters. For each trait, every observation included in the environments filter will be scored as passing or failing to meet the phenotypic criteria for that trait. A combined score across all of the traits is also calculated (see details below). The contribution of the individual traits to the combined score can be weighted as being Critical, Important, or Desirable to reflect its importance.

The Numeric Traits tab provides a set of comparison operators for specifying the criteria that will be used to identify germplasm that meets or surpasses the desired levels. To specify criteria between a lower and upper limit, choose 'Between' and enter the two values separated by a dash.

The numeric trait, grain moisture has been limited to those germplasm with greater than 20% moisture. 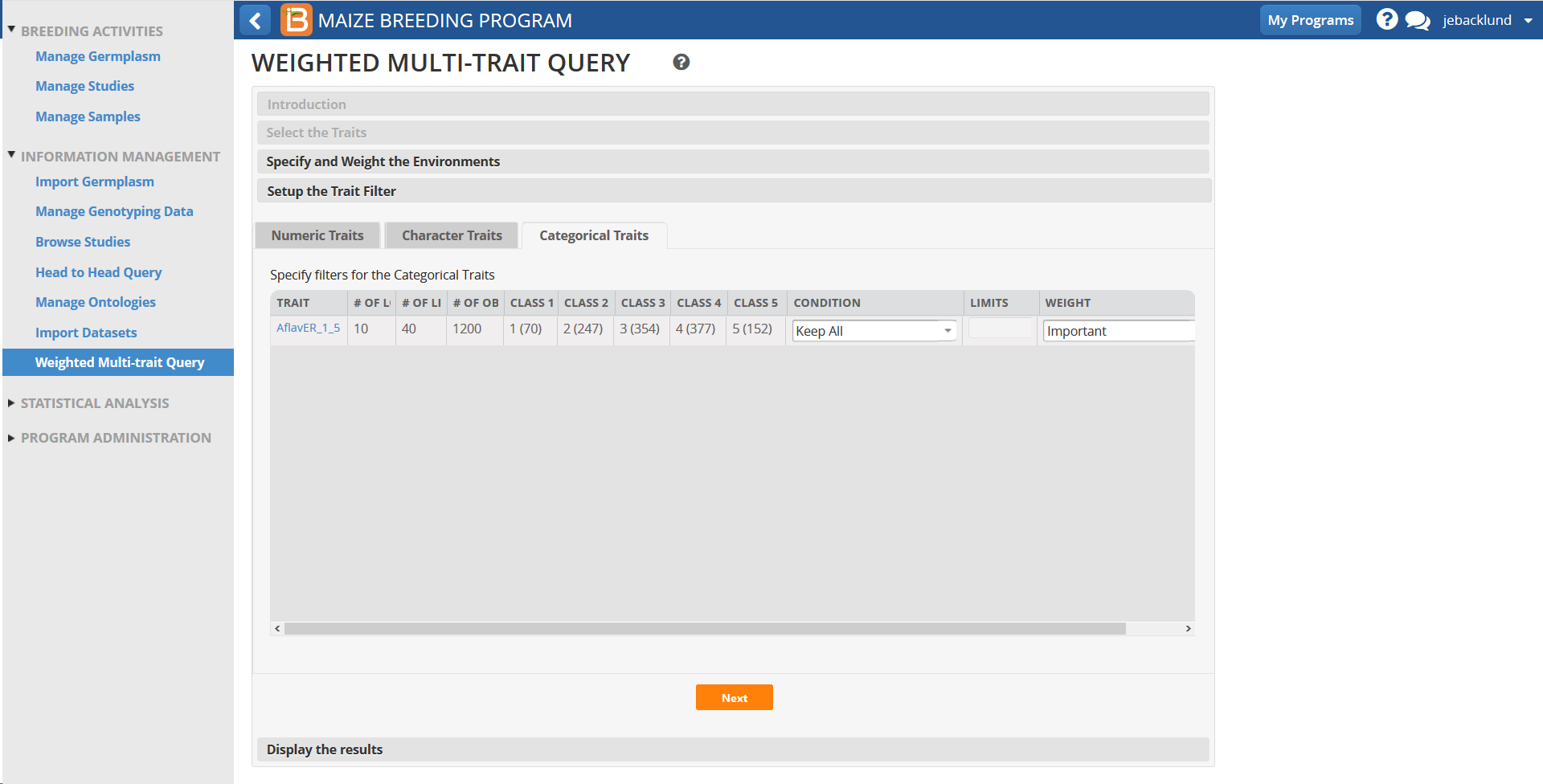 The results of the Weighted Multi-trait Query are displayed in a table. Note that there are left and right arrow buttons below the table enabling you to page through the results, which may span multiple pages. Also note that if you have selected multiple traits, they may not all fit on the page; there is a scroll bar just above the left and right arrows for scrolling through the trait columns. 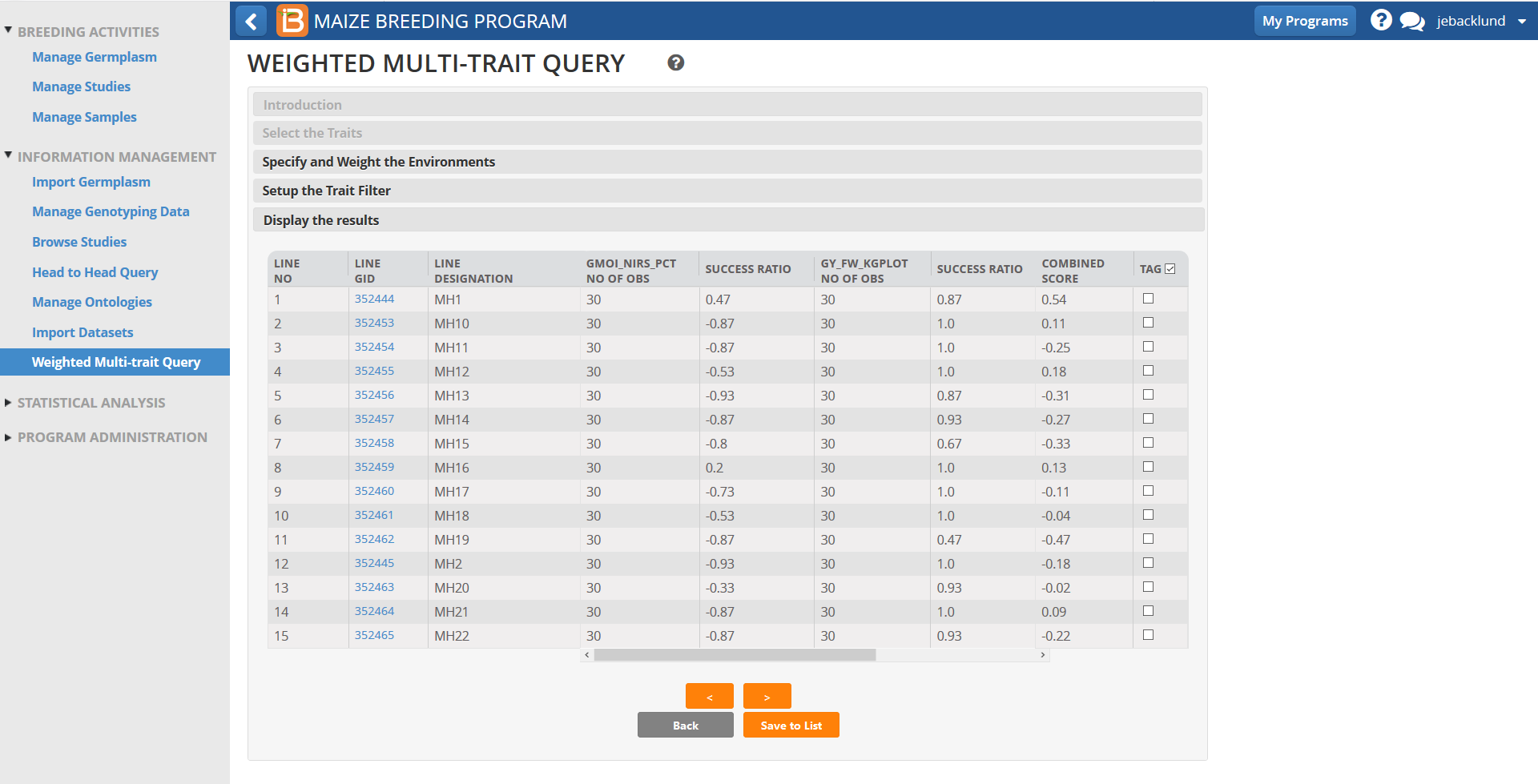 Four germplasm have combined scores of 1.0 and will be selected for inclusion in an upcoming study. 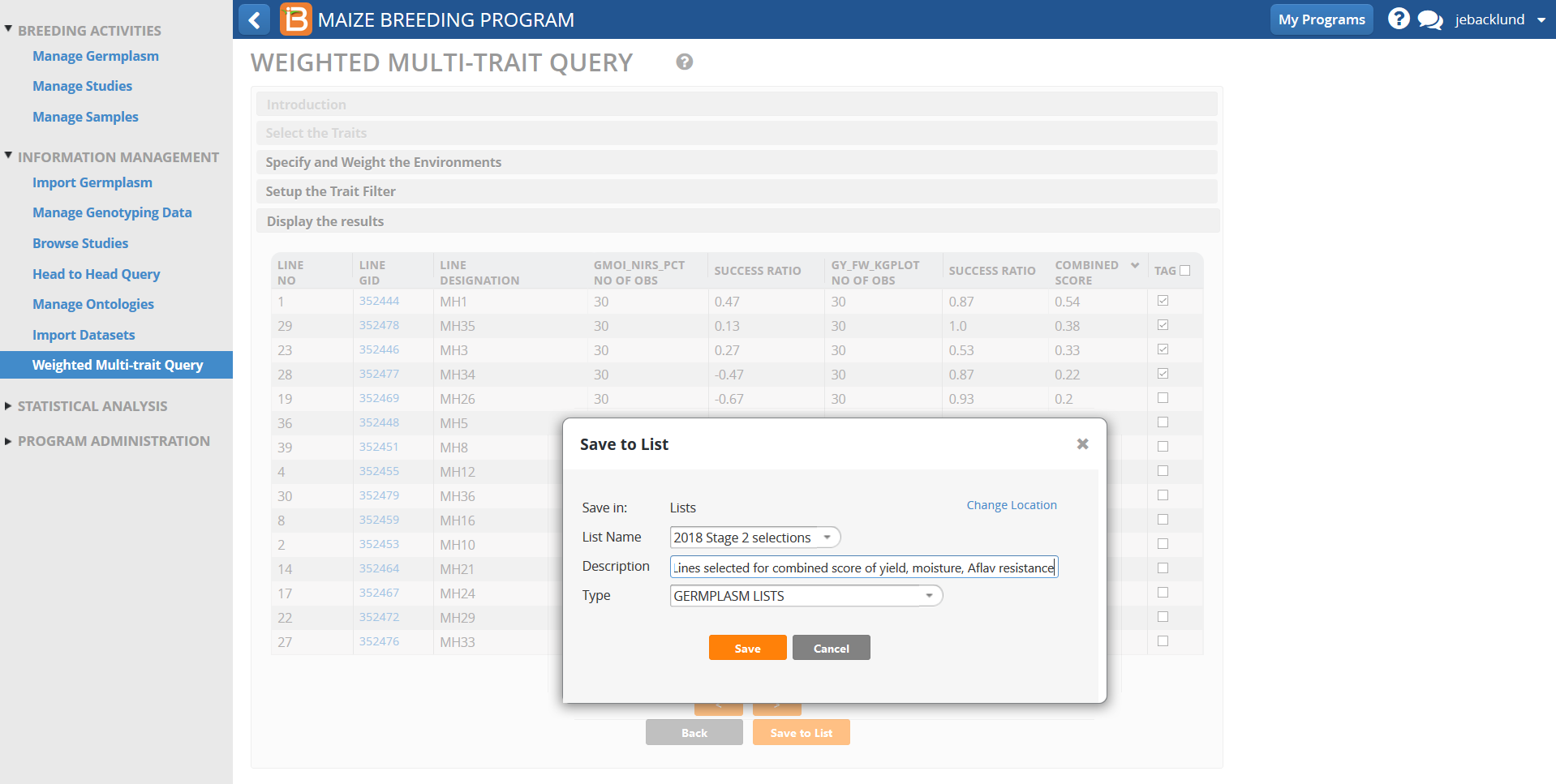