Once the study design has been generated or imported, the Observations table is populated with independent study variables and sub-observation datasets can be created to record repeated measures.

The rows of Observations table represent the experimental units, which are randomized or non-randomized depending on design. Experimental units can be defined in many ways: plots, pots, individual plants, fruits, ect. The manual will use "plots" to describe the highest level of observation, as this is the most common experimental unit in breeding.

Independent variables can be hidden and revealed in the tabular user interface. One important column, OBS_UNIT_ID, is hidden by default, because it is not meant to be human readable. OBS_UNIT_ID is an alphanumeric sequence designed for data capture that uniquely identifies the observation.  The OBS_UNIT_ID is appropriate for barcoding the observation unit (plot, plant, pot, ect...). When the Study Book fill is exported

OBS_UNIT_ID is be revealed in the user interface after the selection.

Traits and trait aliases are defined by the crop ontology. If you do not find a trait of interest from the drop down menu, see Manage Ontology for instructions on adding new traits.  If the desired trait cannot be found, the new trait must be added to the crop ontology.

Once selected, the traits of interest will appear as an empty column of data in the measurements table.

The saved study is ready for (1) data collection or the creation of a (2) sub-observation dataset to record repeated measures.

Once experimental design has been generated and the Observation table established, you are able to create additional data collection tables for repeated measures (sub-observations units).

Sub-Observation are under active development. Expect expanded and unified functionality in upcoming releases.

In the following example, a maize breeder is planning to measure the height of 5 plants per plot at maturity. 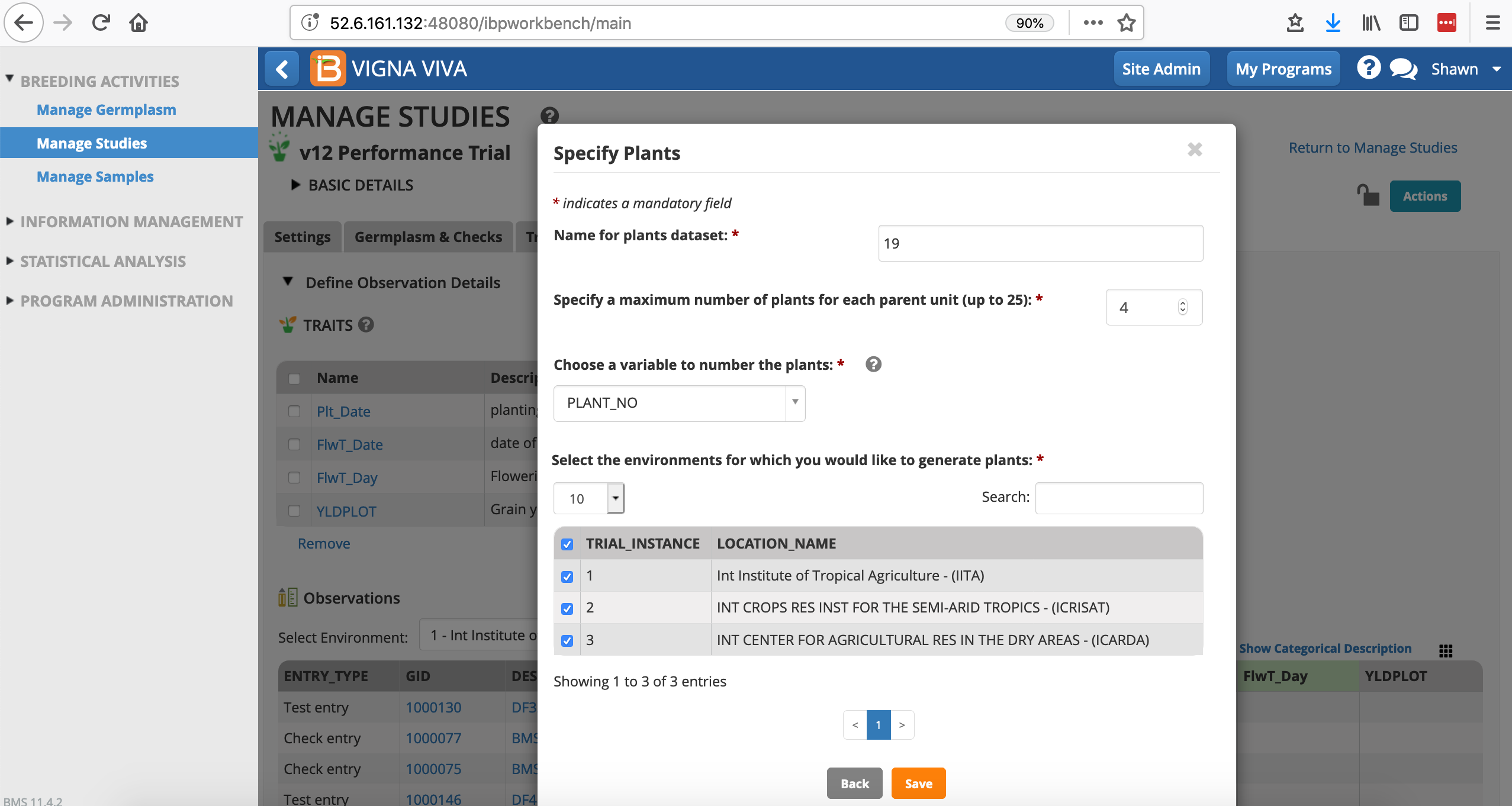 Each plot now contains 4 rows corresponding to 4 plants per plot. 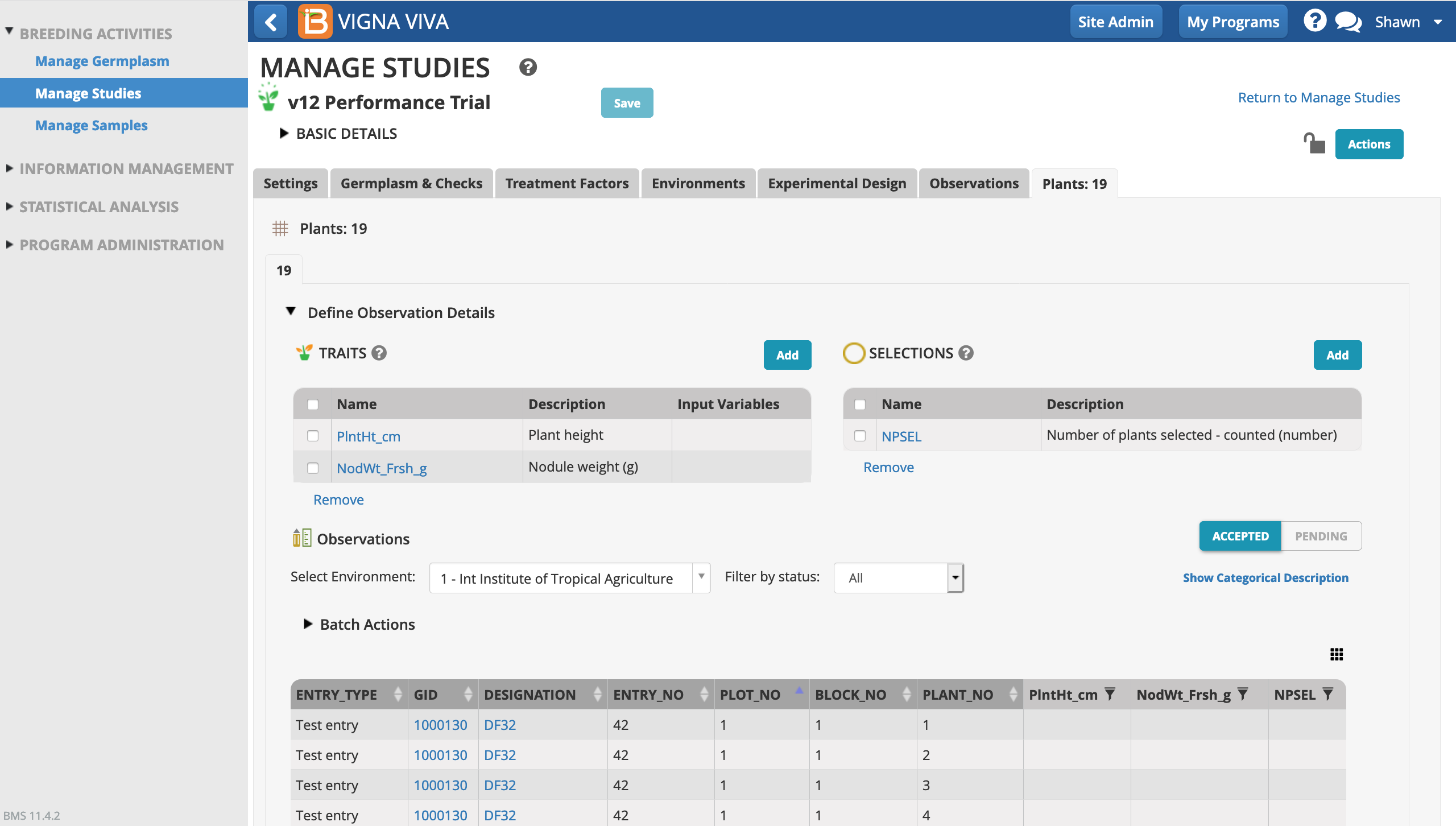 In the following example, a maize breeder is planning to gather ears of interest from experimental plots to take ear-specific measurements. The breeder doesn't know in advance how may ears will be collected, but expects to collect no more than 7 per plot.

Customize Observation Unit Variable
The observation unit variable, Obs_NO, provides a generic way to number any observation. Alternatively a more specific term, like EAR_NO, could be created via Manage Ontologies.